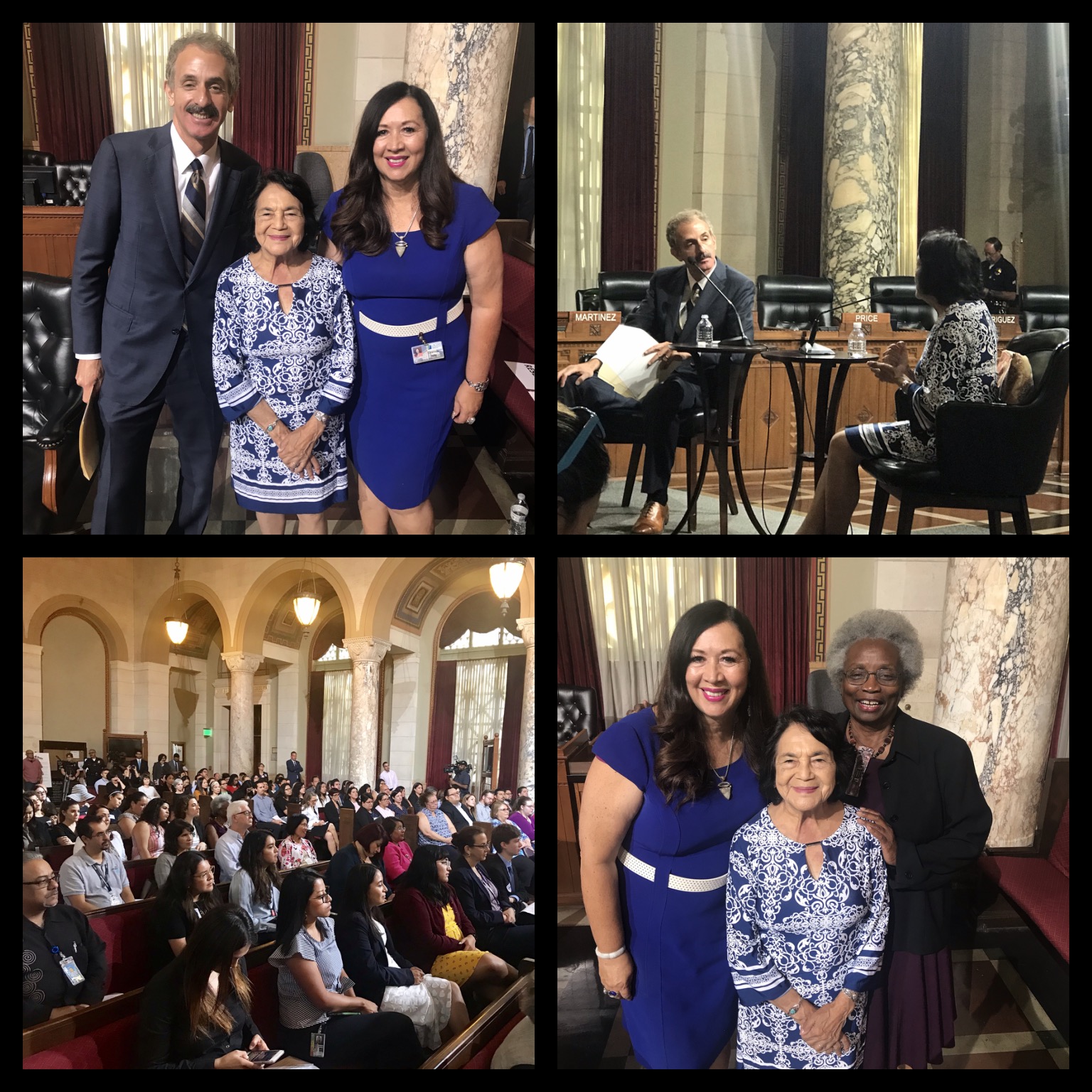 Recently I had the opportunity to attend an event put on by the City of Los Angeles City Attorney, Mike Feuer. He invited the amazing Dolores Huerta to City Hall for a conversation. For those of you that do not know who this amazing woman is let me start by saying she is the co-founder of the United Farm Workers Union. No Cesar Chavez did not do it alone she was right by his side every step of the way. She is the founder of the Dolores Huerta Foundation, has received many awards and did a Ted Talks.

This site uses Akismet to reduce spam. Learn how your comment data is processed.

Empower Yourself with Choices